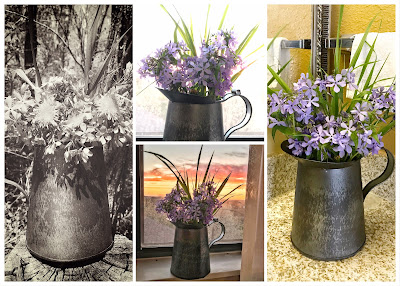 Thank you for being my partner

I fell in love with you Mr Pitcher

as soon as I held you in my hand

When I held you I envisioned

you photographed with fresh flowers

You with newly snipped wildflowers

looked so handsome on a tree stump

And even more handsome in the windows

colored by the light of the sunset

Later, the angle of the morning sun

thankfully illuminated you both

Sincere thanks for being an artful partner

The National Poetry Writing Month #NaPoWriMo challenge #27 almost defeated me but ultimately it was fun.

The challenge was to write a “duplex.”

A “duplex” is a variation on the sonnet. 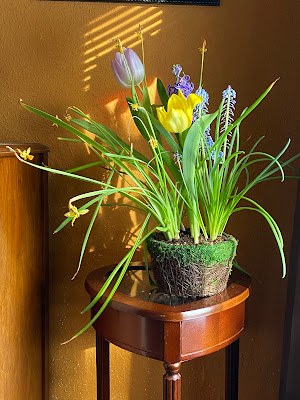 Wendy Houser Blomseth
Minneapolis, Minnesota, United States
Hello, I am Wendy Blomseth living in Minneapolis, MN. I am a passionate visual communicator who works in photography media and haiku poetry.